In the fall of 2005, I was contacted by Mike Vax. Not a big surprise since Mike checks in with us at the factory quite a bit. This call was different. Mike was looking for our help. Some friends in I.T.G. had passed a story on to him that he thought we would be able to assist with. A group of musicians was having trouble getting instruments. Specifically a piccolo trumpet. The musicians were members of the Brandt Brass Band of Saratov, Russia. A very talented group rapidly making a name for themselves. Up until that point, the band was forced to borrow a piccolo trumpet from a neighboring town’s band. Not at all an ideal situation. In an effort to alleviate this, the members of the band were able to scrape together a few hundred dollars. By no means was that enough to purchase a new piccolo. They were hoping that through contacts in I.T.G. they would be able to find a used piccolo at a reasonable price. Enter Mike Vax. 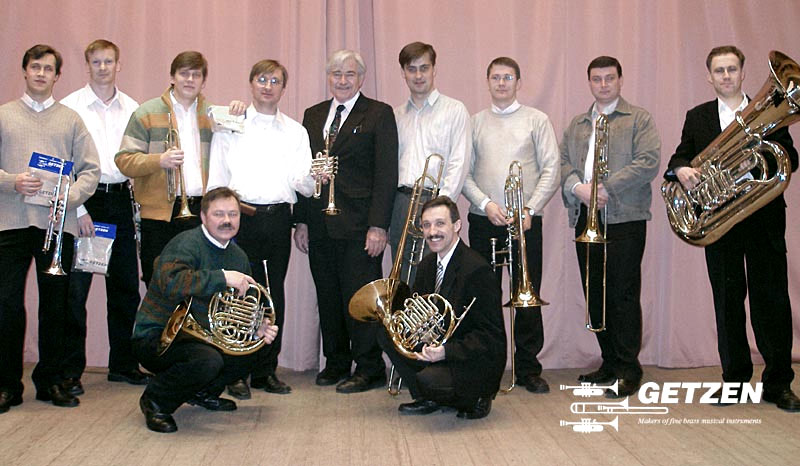 Mike called us after he heard the tale and asked if there was anything we could do to help. Trumpet players around the U.S. had heard of the band’s troubles and were donating money to the cause hoping to boost the band’s buying power. Mike wanted to know if we had an old or seconds piccolo around that we could sell the band directly. We did not. After discussing the situation with my father Tom Getzen, we came up with a better solution. Rather than selling the band an old horn, we decided to give them, free of charge, a brand new 3916 Custom Series piccolo. From our standpoint, we had been fortunate in life and this was a perfect opportunity to pass that along. At the time, Tom relayed a lesson to me that my grandfather had taught him. At some point in life, you’ll have the chance to help someone else. While the time, effort, or dollar amount may not seem like much to you, to them it will mean the world. This was a perfect example of one of those situations.

Immediately, I got a hold of Mike and told him the good news. He was ecstatic and quickly passed the development on to his friends in I.T.G. The news spread fast and I was inundated with emails and phone calls thanking me for our donation. That’s not the reason we did it, but they were all appreciated. As word spread of our donation, trumpeters continued to donate money to the band. The new plan was that the band could use that money to help pay for a quality recording of the band with a CD to follow. I’m personally excited about that since I have heard nothing but praise for the band’s performances and I’m anxious to hear them for myself.

Soon after we decided to donate the horn, I was contacted by Mr. Gary Mortenson. He had great news. Gary had arranged for Steve Chenette, a former President of I.T.G, to deliver the horn and cash donations to the band during a visit to Russia. This was great, as it would ensure the horn made it to the band in good condition. Once the method of delivery had been established I had the piccolo prepped and shipped it to Steve. I also sent along with several care kits (valve oil, cleaning cloths, etc…) for the band.

Once the piccolo was on the way to Steve and all the arrangements had been made, the members of the Brandt Brass Band emailed me to express their thanks. They asked me to pass on their “endless thankful words to all the people who somehow took part in our lives and help us to work better”. A few weeks later they also took the time to send me a nice Christmas greeting. I was honored that they would take the time and proud that they were so excited to get the instrument.

Fast forward to March of this year. Steve Chenette made his way to Russia with the piccolo and donations in tow. He emailed me from Saratov to tell me how excited the members of the band were upon his arrival. In fact, they couldn’t wait to try the horn. Instead, they spent nearly a week playing and practicing on it so they could use it in a concert shortly after the “official” presentation. After having the 3916 for a few days, Oleg Abramov emailed me to pass on their feelings. “Our trumpeters now behave like children,” Oleg said. “Everyone is trying to play it and they are always discussing it.” He went on to say, “Thanks a lot for the wonderful gift! We haven’t had such a trumpet until this in Saratov! So I think now it’s the most beautiful treasure in musical Saratov.” When asked how the players felt about the horn Oleg said, “Our piccolo player, Nikolay Khudoshin, is very delighted with the instrument. It’s very beautiful, has reach and a wonderful sound. It reacts on every breath you put into it!” “As our guys are joking,” Oleg wrote, “we have a beautiful blond, but we haven’t chosen her name yet. An enormous huge Thank You! If you’ll need something someday you must remember that you have 3 friends in Saratov, Russia that have close relations with one of your girls.” You cannot imagine my sense of pride. Knowing that not only were we able to help, but that the piccolo was met with such high regard. That, after all, is the most important thing. In July, Oleg Abramov contacted me to say that Nikolay Khudoshin enjoys the piccolo more with each practice. He went on to say that they have chosen music for their upcoming recording. The band will be performing Mozart’s The Night Queen’s Aria from The Magic Flute. I’m sure I’m not the only one anxiously awaiting its release.

All in all, this was a very rewarding experience for the company as a whole and for me personally. It was great to see the trumpet world come together to help their brothers in need. I am just glad that we could have a small part in the effort. Hopefully, the piccolo will serve the band for years to come. I wish them and everyone who helped them continued success in all of their future endeavors. 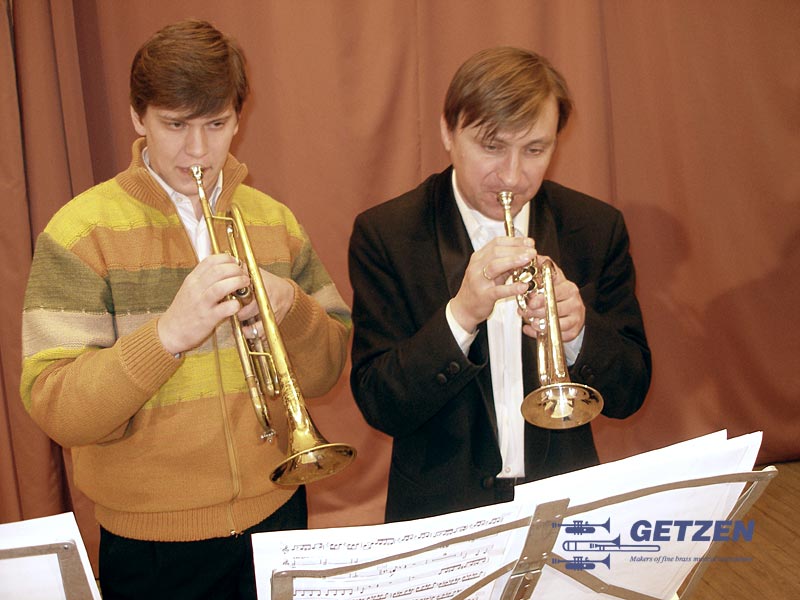 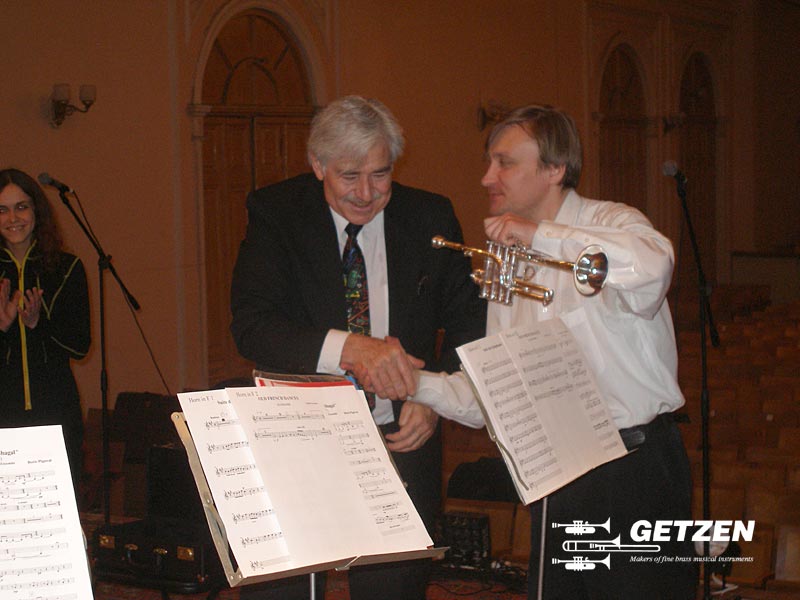 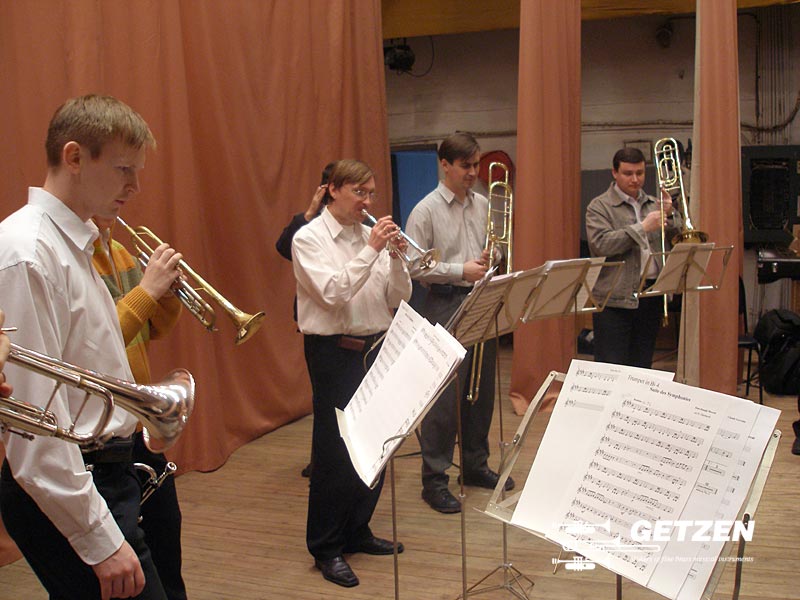 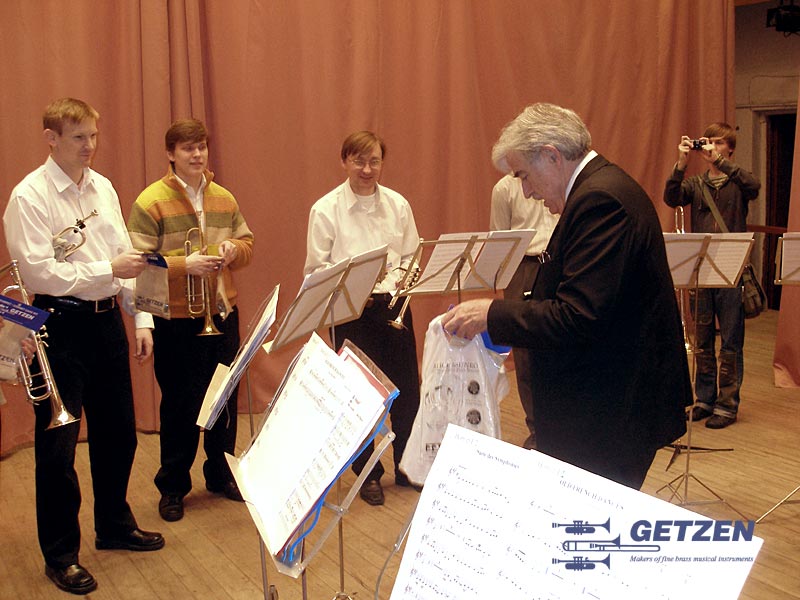 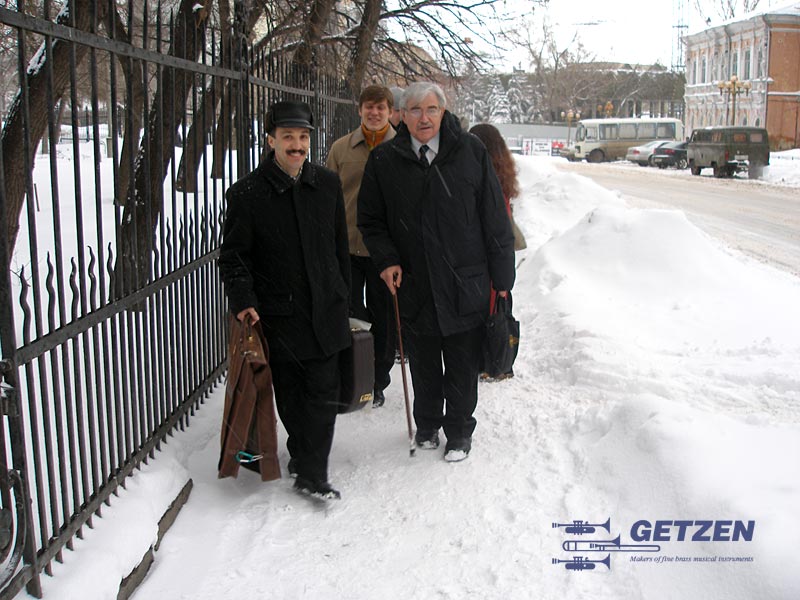 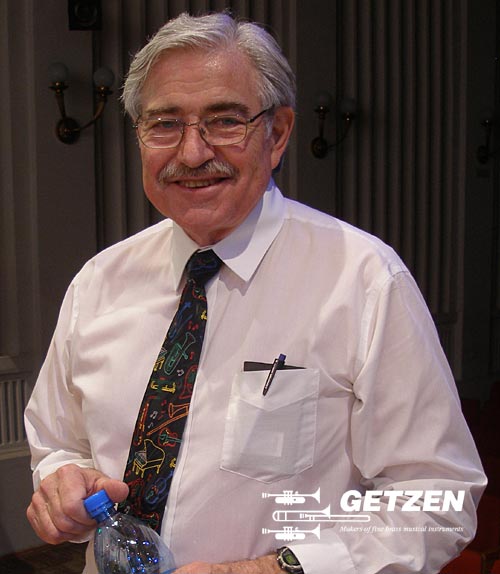 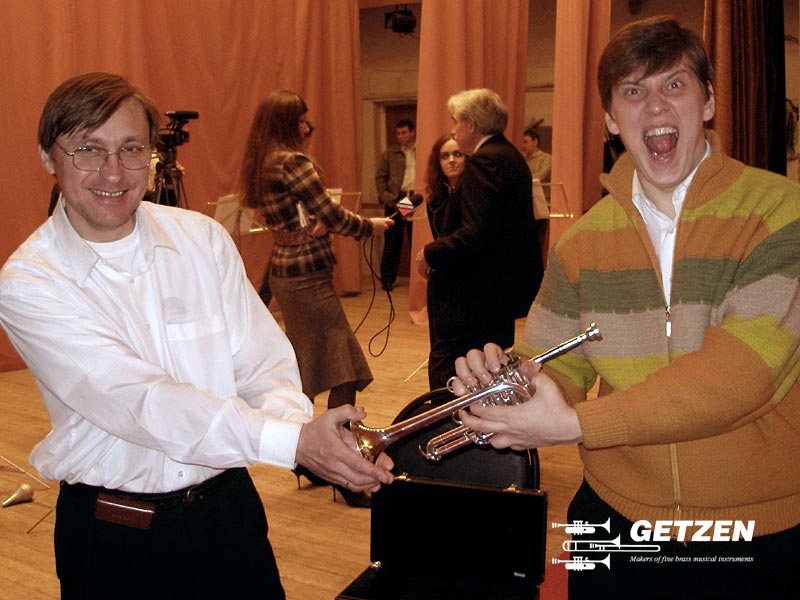